It’s not going well. On December 25, 2021, we had a small Christmas party. Everyone was free of symptoms, everyone was vaccinated and the number was small. What could possibly go wrong? 🙂 A week later, everyone had symptoms and positive tests. All cases were mild and negative tests began to appear a week later. I took longer to recover but I’m pretty good now. Have to be, with winter blowing drifts all over out huge driveway.

Last winter was very mild. We had light snow three times and our new snowblower seemed adequate. This winter is more normal. We have foot-deep drifts, -30ºC temperatures and howling winds. The new snowblower seems not to be able to run at these temperatures. It is difficult to start, needs quite a bit of choke to keep running and stalls. Also, the right tire shrinks in the cold and slips on the rim, the chute directional crank was stiff and two control linkages are giving trouble. One fell off and another was loose. Today will have warmer temperatures so I will have another go at it. I will bring in the wheel and seal and pump it up at room temperature. I will try to reconnect and adjust the linkages.

USA continues to be in trouble. It looks like various investigations and prosecutions are tightening on the ultimate goal of justice but I think the powers that be should have commenced with the most easily proven in court charges first just to get this cult out of circulation. Waiting for all charges to be investigated before locking people up is delaying justice which denies justice. If a bank-robber robbed 10 banks but you only have solid evidence on the first one, wouldn’t you lock him up to stop the chaos? Seems reasonable to me. Fraud was rampant around Trump. So was obstruction of justice. Mueller said that Trump was guilty of obstruction. Why not lock him up on that charge while investigating everything else? The last hurdle in bringing these creeps to justice is finding juries who can come to a unanimous verdict. Justice may only get as far as a trial. I don’t think DOJ should hang back because of difficult selection of juries.

Also in USA, the scandal of Manchin and Sinema is appalling. The Ds need to primary both of them or recall them if possible. Why aren’t their “It is not part of the US Constitution, becoming theoretically possible with a change of Senate rules only in 1806 and not used until 1837. Rarely used for much of the Senate’s first two centuries, it was strengthened in the 1970s and in recent years, the majority has preferred to avoid filibusters by moving to other business when a filibuster is threatened and attempts to achieve cloture have failed. As a result, in recent decades this has come to mean that all major legislation (apart from budgets) now requires a 60% majority to pass.”

https://en.wikipedia.org/wiki/Filibuster#Senate citizens rising up against these two traitors? The people voted for Biden and his agenda not DINOs (Democrats in Name Only). 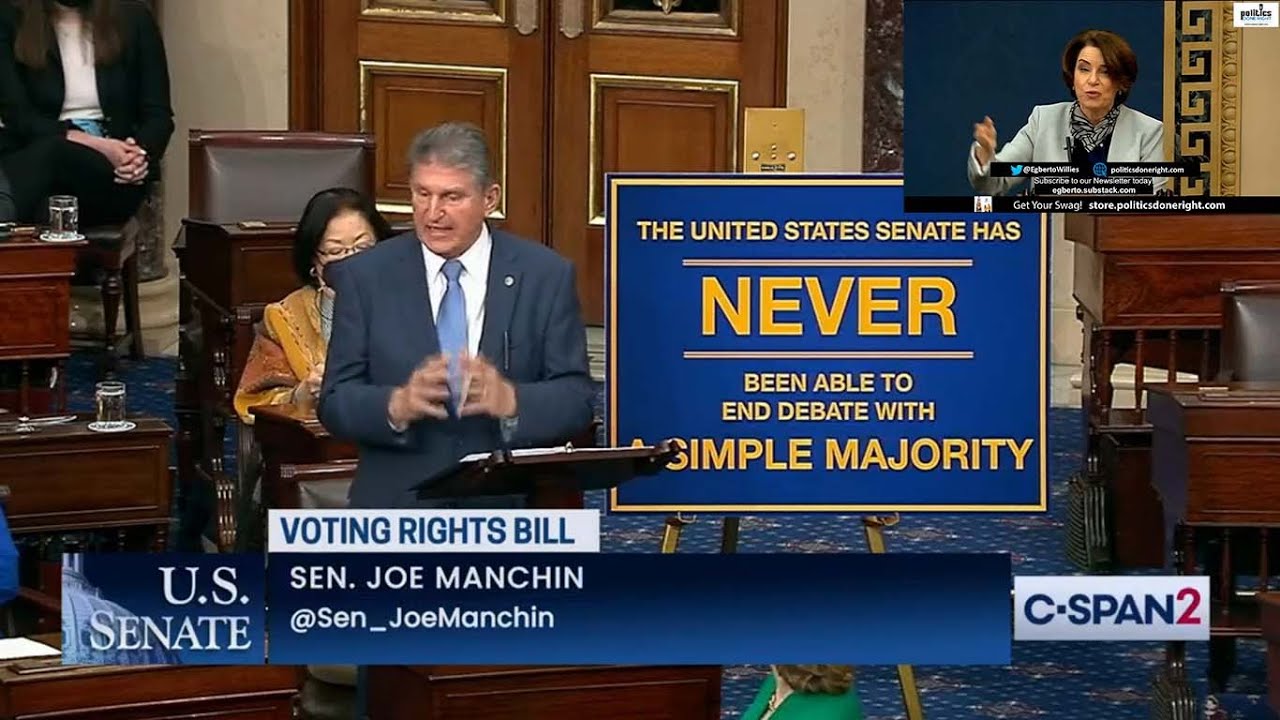 Manchin is outright lying about the filibuster. He claims the senate has always had it but it was created to appease slave-owners who started an uncivil war even though they could veto legislation. It’s purely undemocratic.

“Why? Not because senators in 1806 sought to protect minority rights and extended debate. They got rid of the rule by mistake: Because Aaron Burr told them to.”

https://www.brookings.edu/testimonies/the-history-of-the-filibuster/Manchin claims the filibuster promotes bipartisanship but that’s irrelevant when one party wants a dictatorship like the Government of Pigs. It’s long past time to correct mistakes of the past like voting in these two senators.

On a positive note, seeds I harvested from a decade-old Mugo Pine last fall have germinated. They are little miracles. I’ve never had a seedling conifer grow to maturity. Here’s hoping that will change this year. I plan on planting fewer seeds this year. We have hundreds of trees in the yard now. TLW thinks that is more than enough. I who have to weed and prune and water them am almost convinced. 😉 Life will go on and our descendants will know the truth.

I am a retired teacher in Canada. I taught in the subject areas where I have worked for almost forty years: maths, physics, chemistry and computers. I love hunting, fishing, picking berries and mushrooms, too.
View all posts by Robert Pogson →
This entry was posted in horticulture, politics, Uncategorized and tagged garden, government, horticulture, politics. Bookmark the permalink.